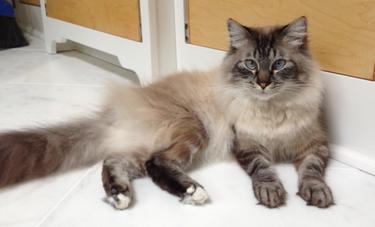 Foxy, the newcomer that disrupted the harmony. 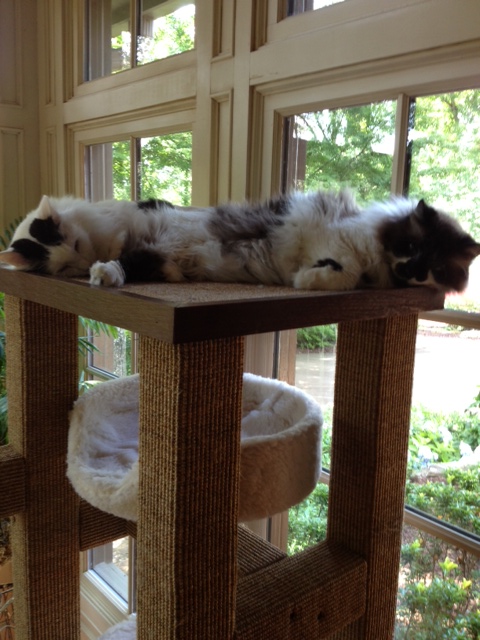 As with many of the other testimonials, I have had more than one cat in my home for all of my adult life. I have never encountered the problem that occurred last summer when a beautiful, what looked like a Lynx Point Siamese cat, sauntered up my driveway with my most friendly cat. I was a bit skeptical because I am not a Siamese cat fan, but I have never turned away cat who has chosen to come to me. I figured that those two would be buddies and all would be great. Not so much. After a couple of months I decided to let him into my home as all of my other 4 cats had “met” him when they were outside together. It went downhill from there. Mr. Grits, who is the most lovey, friendly guy I have, and Foxy (Siamese) were constantly seriously fighting to the point of Mr. Grits getting injured and having to be taken to the vet. Hershey, my Ragdoll, and Mr. Grits’ companion, began realizing that Grits was a victim and he turned against him, also injuring him. I did not want to give him away to rescue, but I had come to the end of my rope and got online to investigate cat behaviorists. Giving him away was my last resort even though people were telling me to do so. I eventually searched locally and found Ingrid - thank goodness!! She was a godsend! Also, like the others, she came to my home and spent several hours speaking with me and looking around, as well as observing my cats in action. When she left my head was spinning with all of the suggestions and changes that would need to be made to make my cat household calm again. In the months after Foxy came, my oldest guy died and I succumbed to cuteness and adopted a kitten, so my cats numbered 5 with several new changes for the ones already here....just to complicate things and make it more “interesting”. I took her suggestions to heart, buying 4 of her scratching posts ( I was hesitant to have so many cat things laying around my home, but these posts are so nicely made and pretty, they don’t bother me at all. I have one in my kitchen, bedroom, laundry room, and downstairs.....and they are all constantly used. The cats love them!), separating the litter boxes and food bowls, giving them more playtime, buying foraging toys, keeping them all inside, and separating the boys so I could gradually re-introduce them. It has been quite the process because I have taken it very slowly, but everyone is doing great and my house is peaceful once again. I have one last step to accomplish, and then everything will be perfect. Through it all, Ingrid was extremely patient with my many questions and need for reassurance on a constant basis. I would have driven me nuts, but not her 🙂 She knows her stuff and has taught me so much I had no idea I didn’t know! I am a much wiser cat parent now for sure! I would highly recommend her!! Whatever cat problem you may have will most certainly be cured, provided you follow her direction. Many thanks, Ingrid! 🙂

Mr. Grits Mullikin, the victim kitty that was getting picked on. 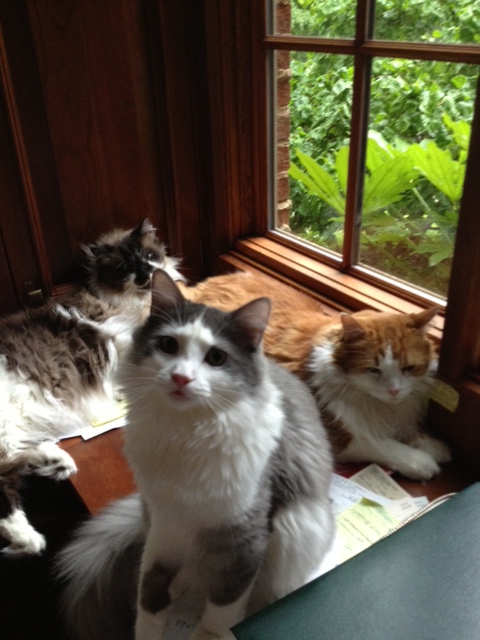 Three of the Mullikin Boys.