I took in a cat the neighbors didn’t want and took him to Paws, Whiskers & Claws for a checkup. Ingrid suggested getting another cat to keep him company. At first I was
hesitant because I had never had two cats at the same time and didn’t know if that might be a problem. I had Ingrid come to my house and she made suggestions of a kitty condo
so one cat could have its own space, using the cutout containers for litter boxes and where to place them, things to keep them occupied etc. She also suggested I keep the new cat in a room for a while and slowly introduce them to each other. Everything worked out just fine. After a couple of years one of the cats wanted to shred carpet in the middle
of the night. Ingrid suggested getting a forager container filled with dry food to leave out at night. That took care of the problem. The cat was just hungry. Even though I had a prior cat for 19 years I was amazed at the amount I learned from Ingrid about cat behavior and how to solve some cat problems. Ingrid is the BEST. 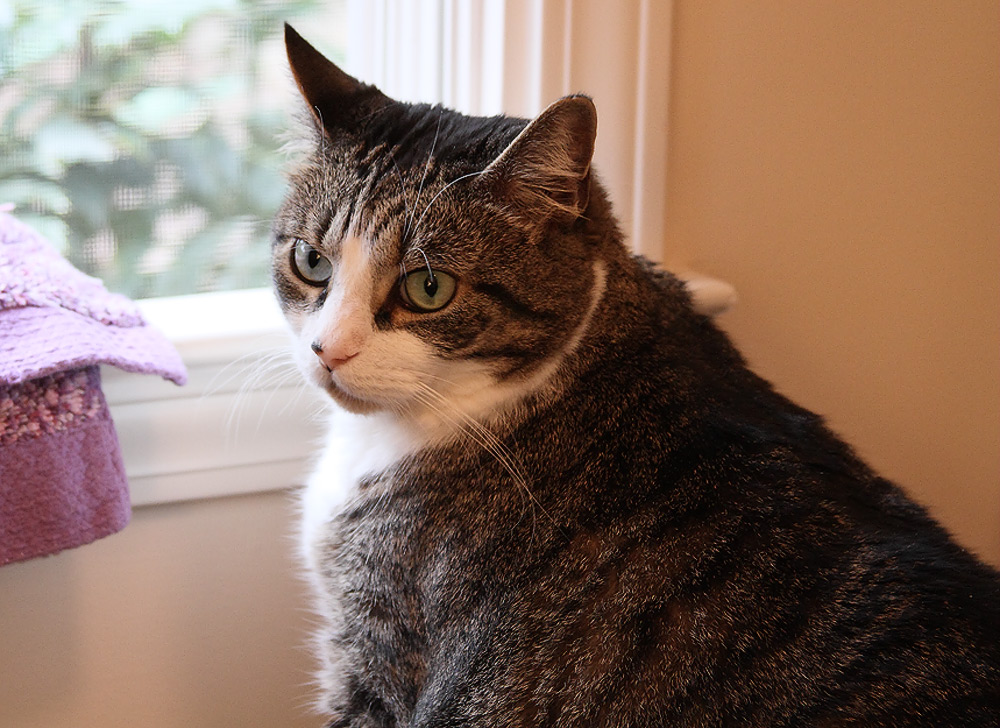