The day I submitted my consulting questionnaire on Ingrid's website I had a complete meltdown. My cat, Henry, had been eliminating outside of the litterbox for 3 months and after being on Prozac for 3 weeks we thought we had solved the problem. One day I came home and Henry had eliminated outside of the litter box AGAIN and that was it - I had to seek other cat professional help since my vet's recommendation of Prozac was obviously not the answer. After looking online, I found Ingrid's website. If you're like me, at first I felt ridiculous having to look for someone like Ingrid - my thought at the time was, "Let's all take a moment to understand where you are in life when you're having to Google "Cat Behaviorialist". The reality is everyone who owns a cat or is looking to add a cat to their household should contact Ingrid - she is awesome! Ingrid read through my questionnaire and contacted me very quickly which was a relief! She came that week and we discussed EVERYTHING! From food, toys, foraging, appropriate cat scratching posts (I have 2 of Ingrid's posts now!) and obviously, the issue at hand: Henry's litter box avoidance. After hearing me discuss all the places Henry would use the bathroom (couch, bed & chair), Ingrid knew right away what this issue was, "Heather, do you realize everywhere Henry is eliminating is a soft-surface?" Unfortunately, I had Henry declawed several months earlier (DO NOT DECLAW YOUR CATS PEOPLE! Not only is this a terrible procedure to do to cats but you are NOT solving the issue of your cat possibly ruining your furniture with their claws. They may end up peeing on your furniture since it is nice and soft and doesn't hurt their injured paws where you had their "fingers" chopped off. Just don't do it!) To help solve this problem, Ingrid told me about the "Litter Box Cafeteria" and I implemented it that same evening. Here we are over 1 month later and Henry has not had 1 accident outside of the litter box. Further, he is no longer taking medicine (which he really didn't need in the first place). In addition to helping me "fix" Henry's elimination issue, Ingrid also helped me to acclimate a new kitten, Thomas, to our home. Henry and Thomas took about 2-3 days to get used to each other. Ingrid's advice on how to introduce the two cats was very helpful. Now they are the best of friends and love to play and nap together. We are so very happy! If you have any issues or are trying to prepare bringing a new feline family member into your household, I highly recommend reaching out to Ingrid. She knows it all!

Henry modeling in front of his litter box cafeteria. 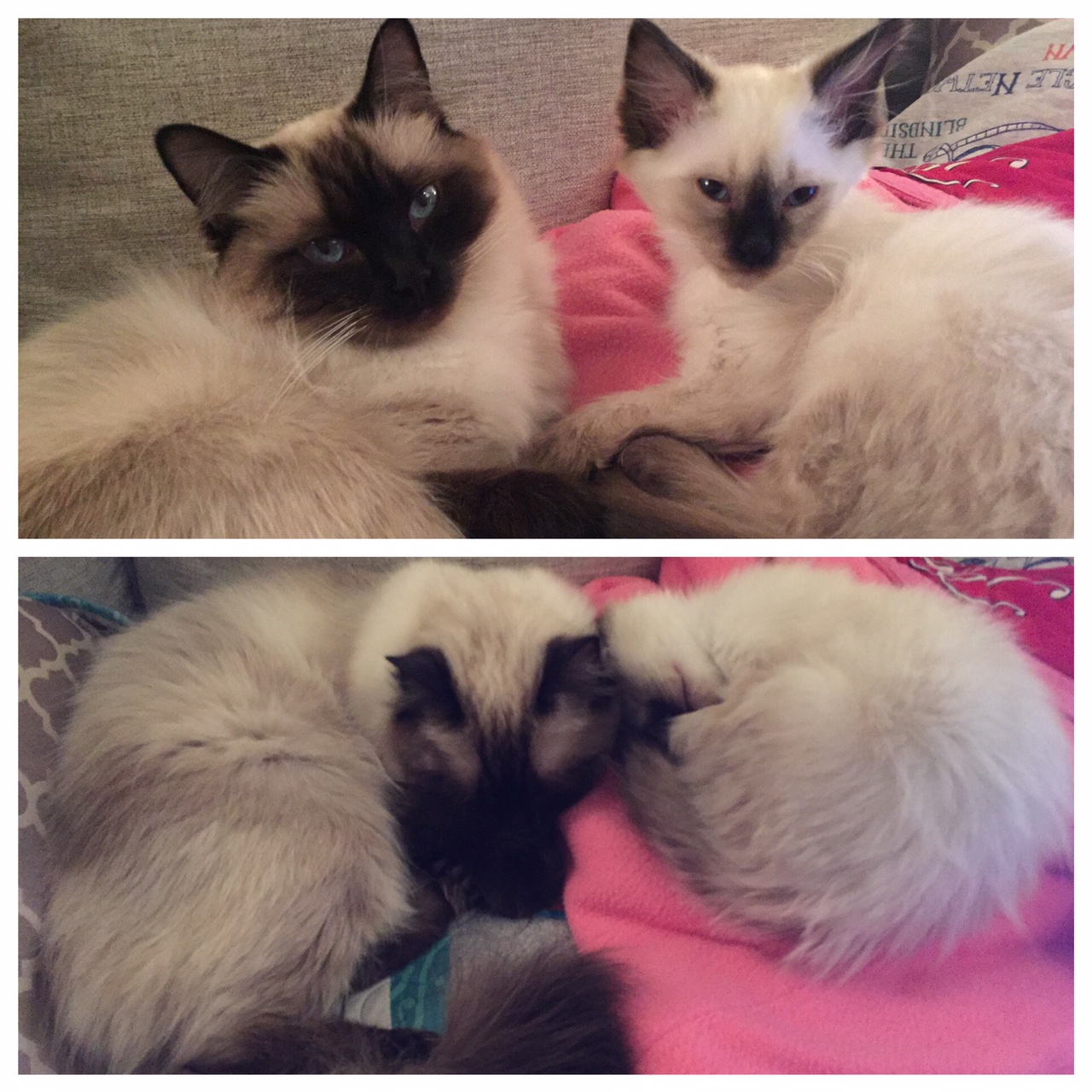 Henry and his new bestie, Thomas!