Maybe she's born with it? Miss Maybelline, so pretty!

About 6-7 years ago, I consulted with Ingrid about my then 2.5-year-old aggressive, anxious, hot mess calico, Maybelline. I was in grad school; staying with my parents and space was a big issue. I was at my whit’s end with what to do to help my kitty who, while not very social, had never been aggressive until this time. She would go through aggressive episodes in which she didn’t want anyone around her, including me. Her eyes would dilate, and you could tell in the moment she had no idea who I was. I never knew what might set her off, a loud noise, my phone, these episodes just seemed to come out of nowhere and could last for days or weeks at a time. I had already taken her to the vet and determined that aside from going through expensive CT scans, that might not tell us anything, there wasn’t much else to be done. She was perfectly healthy, and her issues were most likely something neurological and that trying meds and possibly seeing a vet that specialized in behavior issues was my next steps. The problem was that the closest vet that specialized in behavior was in Alabama, which was an option I just couldn’t afford. Thankfully, an internet search brought me to Ingrid’s website, and I set up a consultation. She quickly gave me lots of ideas about how to change Maybelline’s environment to best suit her needs and help reduce her anxiety. She also assured me that her aggressive behavior was not due to Maybelline’s lack of affection for me or caused by my own actions, it was simply something she could not control and agreed that medication would be a good idea for her. It wasn’t a quick fix, but after a year of adjusting medications and making changes at home, I got her episodes under control and learned to read her body language to better prevent situations that would tip her over the edge.

Maybelline is almost 9 now, she's still a hot mess and she will always be "special", but she and I have come a long way. Any time we go through a major transition (moving, adding a new pet to the family), I look to the Fundamentally Feline website for advice on how to make things easier for her and it works. She has taught me more about cats than any cat I've ever had.

Maybelline now has a whole house to roam, and our move here went smoother than I could have hoped. She is still the cat that needs to go to her safe space when someone comes over, it's momma or bust for her as I’m the only one she’s affectionate towards, but now she has the safe space to do that. Just me learning her triggers and her body language has gone a long way in minimizing any aggressive episodes. In fact, I can't remember the last time she had one because I can prevent it before it gets that far, and I know to give her grace if it does and how to help her calm down from it. 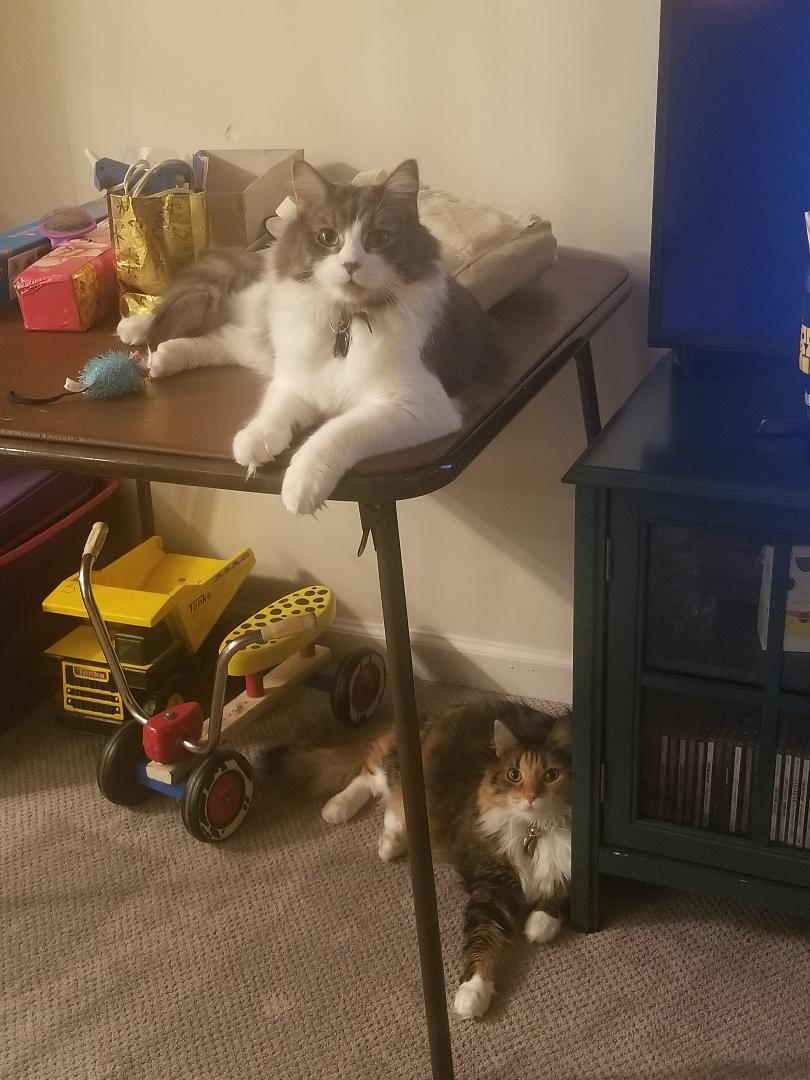 Things have gone so well that I even adopted a 2-year-old male about 3 years ago, Remi.  She doesn't love him, no major cuddling is going to happen, but she tolerates him. I took a solid 5 months slowly introducing them, using Ingrid’s suggested steps from her website, until I felt they were comfortable. She does play and chase him some, which I think is the most I could hope for with her. Thank you for helping me learn how to adapt to her. She is a very special kitty that most people would have given up on at the first sign of trouble. However, 9 years later, she's still my sassy side kick, enjoying the good life she deserves. After all, she is not a “bad cat”, just misunderstood.